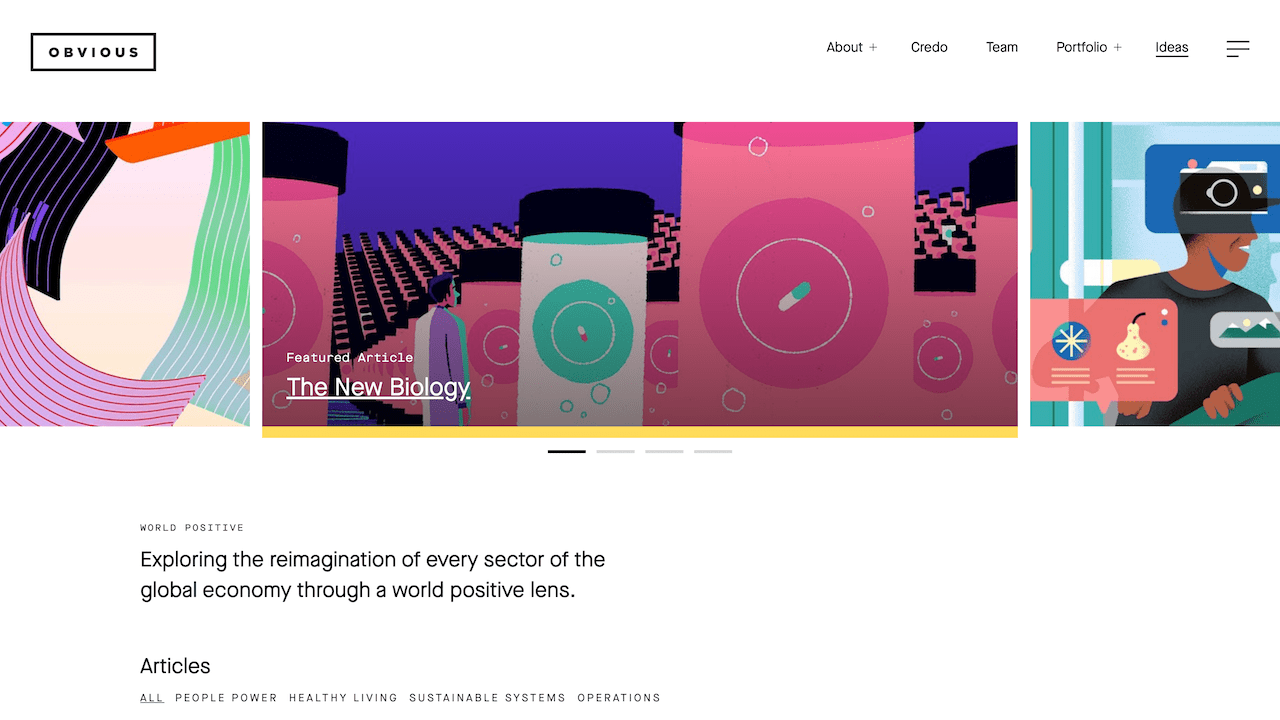 Obvious Ventures is an early stage venture capital firm for startups reimagining trillion-dollar industries through a world positive lens. With an impressive portfolio including companies like Beyond Meat, Diamond Foundry, Medium, Magic Leap, VSCO, and more, Obvious has raised a total of more than $585 million.

Obvious was looking to announce their latest fund of ~$272 million, and as part of their efforts they were looking to refresh their current website. They wanted a new design to match up to modern standards, and also wanted to upgrade their old deprecated tech stack (Node 0.10). After working with the talented Pineapple design firm in San Francisco, we were ready to start developing their new vision.

The old website was pulling data from Prismic, a headless CMS, and our main stakeholder Gabe wanted us to build on top of the existing data source. After learning of this requirement, we decided to build a Gatsby app. This let us use the more modern tech, yet allowed Gabe to have complete control over the content on the site.

Although we were fortunate to use an existing Prismic source plugin for Gatsby, we had to overcome a few hurdles that Prismic's API threw at us. Since Prismic only supports sending 20 items per API call, we had to implement our data fetching and page creation flow. This approach made it possible to not rely on Prismic for anything at runtime other than some asset loading, as all data was pulled in at build time by Gatsby! We also worked closely with the design team to implement the complex animations throughout the site, which helped bring that finer level of quality to the overall product.